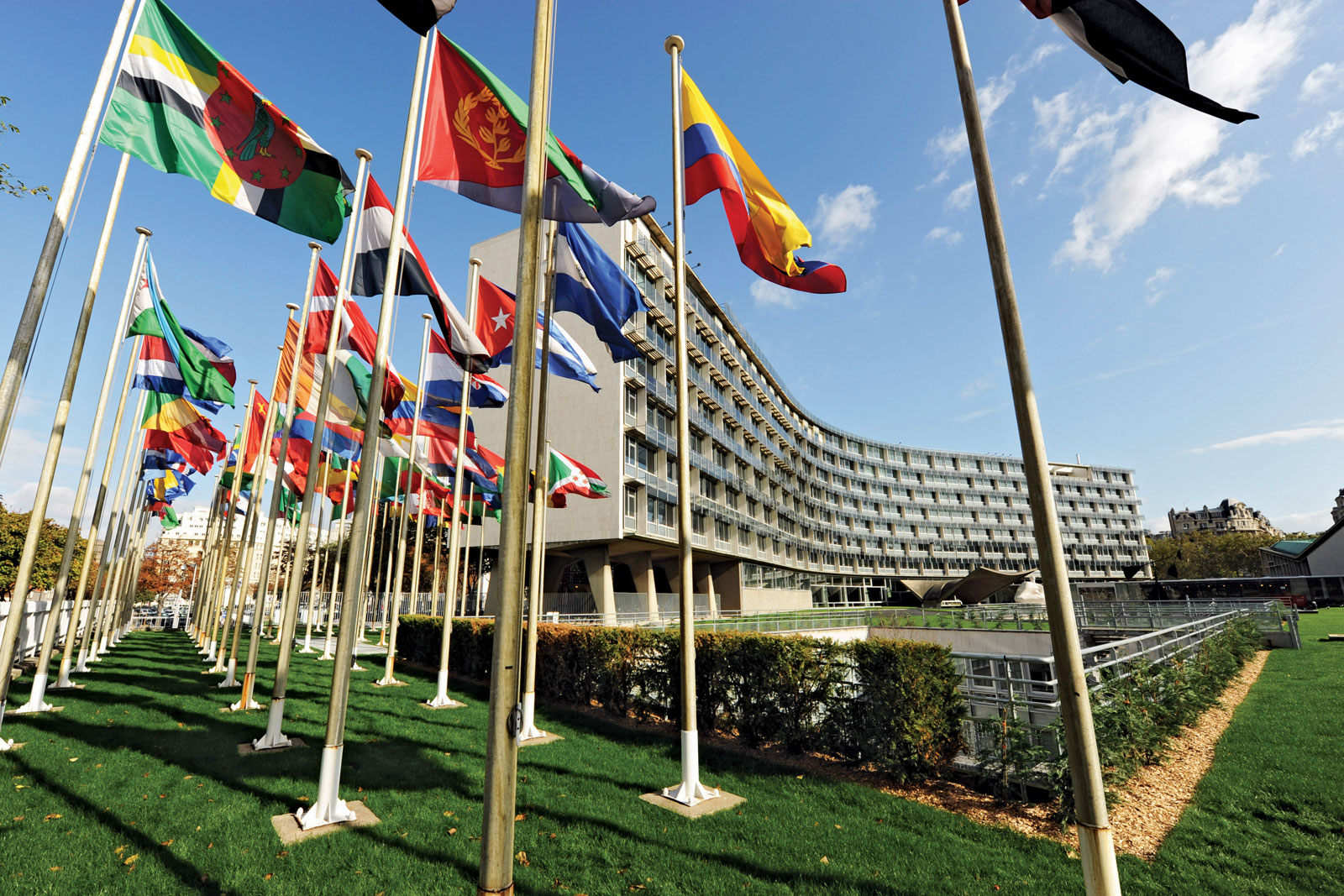 Should the U.S. Rejoin UNESCO?

The Biden administration, seeking to recover from the isolationism of the Trump administration, has moved rapidly to rejoin various international organizations and accords, such as the World Health Organization and the Paris Agreement. But it has not yet rejoined UNESCO.

UNESCO, the United Nations Educational, Scientific and Cultural Organization, seeks to “contribute to peace and security by promoting collaboration among the nations through education, science and culture in order to further universal respect for justice, for the rule of law and for the human rights and fundamental freedoms.” Constituted in 1945, UNESCO focused globally on support for education, humanities, social sciences, creative arts, libraries and museums, journalism, and mass media. UNESCO has made great strides to advance and extend international cooperation and national activities in these fields.

The United States was an early leader in UNESCO, despite Cold-War tensions. Archibald MacLeish, a poet, writer, and former Librarian of Congress—who also served as Assistant Secretary of State for Public Affairs under President Franklin Roosevelt—wrote the preamble to UNESCO’S Constitution, defining the overall goal of the organization. In the social sciences, Americans were active in UNESCO’s postwar campaign against racial discrimination. In the natural sciences, Americans were central to both the 1957 campaign of the International Geophysical Year and to the creation of the Intergovernmental Oceanographic Commission in 1960. Yet there were conservatives and isolationists who opposed participation in international organizations and called for the U.S. to leave the United Nations and all its agencies.

Decolonization: Achievements and Debates in UNESCO

Over time, independent nations large and small have turned to UNESCO for recognition and support of their programs in education, science, and culture. By 1960, UNESCO had risen from 50 to 100 member states; today it has 193. Amid this growth, there were debates in the halls of UNESCO between representatives of larger powers and the newly joined nations. There was also cordial discussion between French, British, Japanese, and German officials and representatives of nations that their countries had once ruled or invaded.

A new UNESCO initiative began in 1960, as the rising lake behind Egypt’s new Aswan Dam threatened to destroy the historical monuments of the Nile Valley. UNESCO stepped forward to join in preserving this heritage. After an initial conference in Washington, D.C., this idea evolved into a regular international convention on the recognition of world heritage sites. This has been one of UNESCO’s great successes: as of 2021, over 1,120 sites have been recognized, some in almost every nation, though most densely in Europe.

UNESCO is governed democratically, so that a few big powers cannot easily dictate its policies. This has allowed campaigns for literacy and other educational programs to flourish; led to the commissioning of academic histories of Africa, Latin America, and other regions; and facilitated the meetings and activities of scientific and academic organizations worldwide. In short, UNESCO continually found ways to acknowledge its new members and their cultures. And people in ex-colonial countries—long denied access to education and health facilities by their imperial rulers—sought to become global equals in health, education, and social welfare.

The U.S. initially supported such programs. But later on, President Ronald Reagan, along with UK Prime Minister Margaret Thatcher, labeled the social investment in ex-colonial nations as economic mismanagement. This was followed by World Bank programs of “structural adjustment,” which forced many nations to close schools and halt building roads in order to pay growing debts. 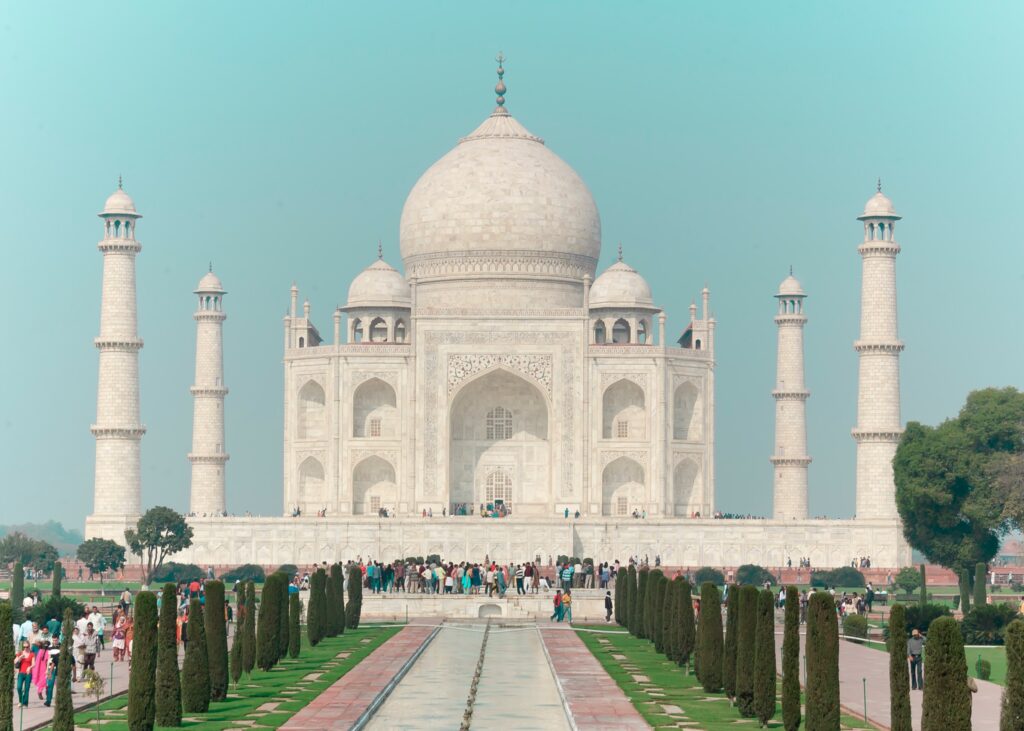 The Taj Mahal in Agra, India, was designated a UNESCO World Heritage Site in 1983. Photo by Matthew T. Rader/Unsplash

The U.S. and UK made decisions to leave UNESCO in 1984 and 1985, respectively. (Notably, at this same time, both governments were also supporting the apartheid regime in South Africa.) In the U.S., this decision was a response at once to the policies of ex-colonial nations and a long-term faction opposing U.S. membership in international organizations. The U.S. did return to UNESCO in 2003, but there was a new problem: American leaders viewed UNESCO as a political organization, neglecting its educational, scientific, and cultural priorities.

UNESCO was forced to work with smaller budgets after the U.S. and UK resigned, but was able to continue its educational programs, scientific activities, academic histories and its support for building libraries and museums and safeguarding journalism. UNESCO supported anti-apartheid movements and held meetings to facilitate democratic transition in South Africa after Nelson Mandela was released from prison. UNESCO’s scientific and collaborative work of earlier times also continued.

In a historical shift almost as big as decolonization, the Soviet Union collapsed in the early 1990s and the Cold War came to an end. By the 21st century, U.S. foreign policy had turned from a global campaign (against communist regimes) to focus on a single region (supporting Israel and challenging regimes in the Middle East). A 1990 law prevented the U.S. from paying dues to any international organization admitting the Palestine Liberation Organization as a member. So, when UNESCO did indeed admit the PLO as a member in 2011, the Obama administration stopped paying dues—and largely ceased all U.S. activity in UNESCO.

In one sense, U.S. leadership considered UNESCO primarily as a source of political statements. Positions on Israel, Palestine, and the Islamic world are of course important to U.S. governments. But to turn UNESCO into a battleground for political issues is to sacrifice attention to education, science, and culture worldwide. In another sense, it may be argued that Americans have taken a “free-rider” position with respect to UNESCO. For instance, the U.S. National Academy of Sciences has continued to participate in UNESCO activities since 2011, and Dr. Jill Biden was welcomed to give a lecture on education at UNESCO’s Paris headquarters in 2016. But the U.S. has not been paying dues. In fact, the U.S. has been an active member for only 10 of the last 40 years.

As such, the U.S. has shown willingness to isolate itself from global science and cultural activities. This culminated in 2017, when the Trump administration announced that the U.S. would leave UNESCO. The U.S. is now one of very few members of the United Nations that are not members of UNESCO.

Will the U.S. Rejoin UNESCO? It Should.

In 2020, as many looked toward a Biden victory in the presidential election, a discussion opened about rejoining key international organizations. This discussion always centered on politics—not on science and culture—so UNESCO was low on the list of organizations considered. But UNESCO’s value, however apolitical, remains. This value was recently demonstrated by the formation of the International Science Council. The council was formed in 2018, bringing together over 200 global scientific unions and associations. It will be greatly beneficial to the social sciences and will also advance cross-disciplinary research in the natural and social science fields.

Where do the prospects for rejoining UNESCO stand today? In November 2020, Biden nominated Linda Thomas-Greenfield as ambassador to the UN; she was confirmed overwhelmingly in February 2021. This experienced and professional diplomat now gives skillful representation of the U.S. throughout the United Nations. But there has not yet been an indication that rejoining UNESCO is on the agenda. And as long as the U.S. remains outside of UNESCO, UN members will be skeptical of America’s level of commitment to global collaboration in science, education, and culture.

The U.S. should rejoin UNESCO. After all, how can Washington claim global leadership in education and science if it does not participate in global collaboration? As a first move, Americans should end the gag rule by which UNESCO is rarely mentioned within U.S. borders. Open discussion of UNESCO would clarify its potential role in global affairs and its role in maintaining multilateralism in all fields of human relations.

As we move toward a new post-pandemic world with a growing consciousness of the close relationship between humanity and nature—and the need for solidarity between all humans on Earth—rejoining UNESCO may be particularly meaningful. The U.S. would not just be rejoining a global organization but rejoining the global community of science and culture.

3 thoughts on “Should the U.S. Rejoin UNESCO?”