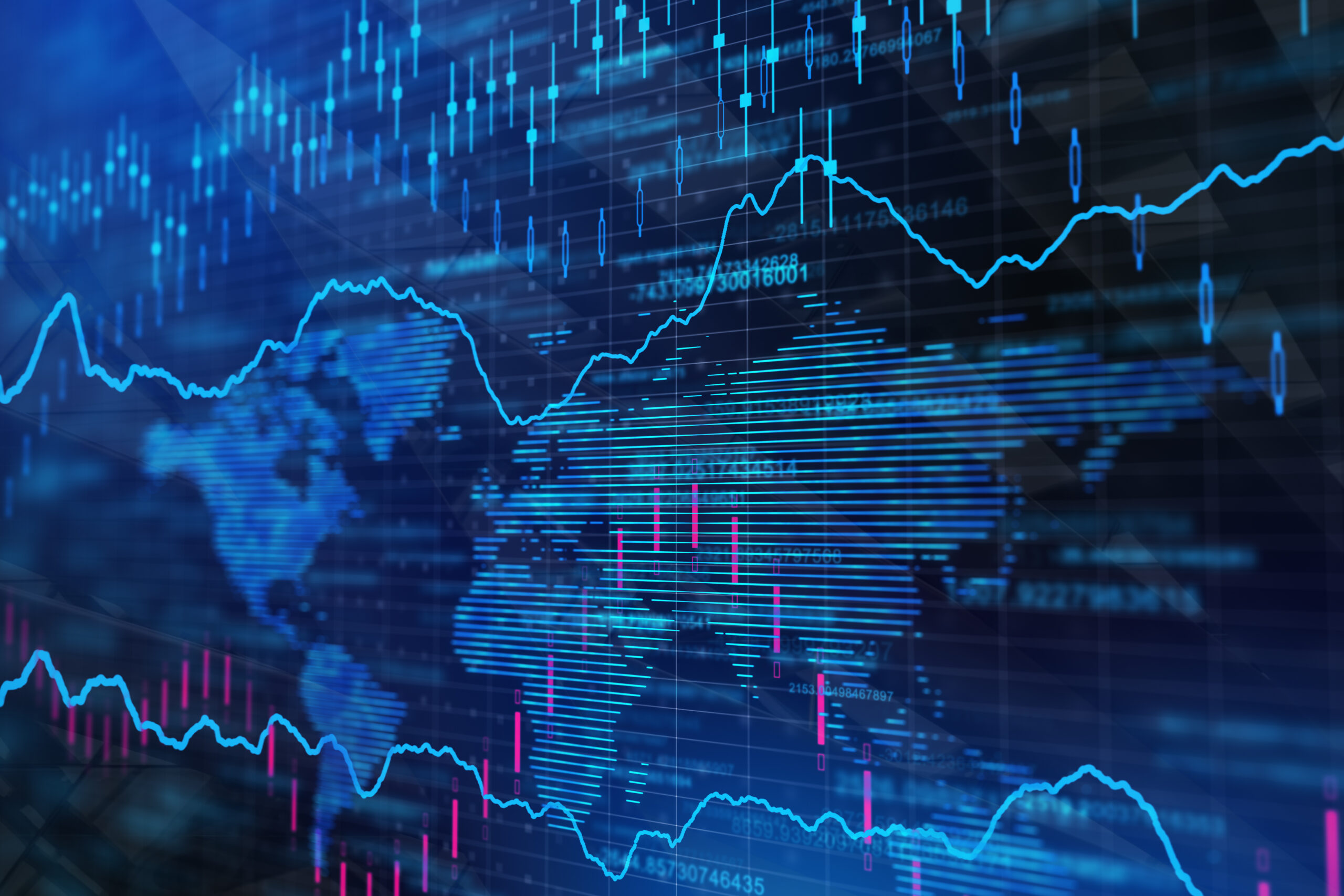 Ideology (conflicting ideas about social priorities) affects every aspect of life. Today’s COVID-19 pandemic and economic cuts highlight one such conflict: between essential workers and CEOs.

Human society succeeds in carrying out its functions because so many perform their work with skill, generosity, and attention to the common interest. Medical professionals in the current COVID-19 crisis are outstanding, and so are service workers, farm workers, professionals, and factory workers.

But the world’s leaders are exceptionally self-seeking. Consider the rulers of the 10 most populous countries, from China to Mexico, comprising nearly 60 percent of humanity. Or, the CEOs of the world’s top 10 corporations, from Saudi Aramco and Amazon to China’s Tencent, which control 30 percent of all global capital. Which of these leaders shows any devotion to the common good or social welfare? Thanks to their grasping greed, 2019 was arguably a global peak in corporate and government irresponsibility, yielding environmental degradation, political oppression, and social inequality.

As for the rest of us, are we helpless in the face of those who hold concentrated power?

The year 2020 changed reality and changed outlooks. The deadly threat of COVID-19 caused heartrending losses for many, along with social disruption and sharp economic cuts. Despite the turmoil, the impulse to help one another triumphed. Dedicated health care workers saved millions of lives, and people all over the world are supporting each other with energy and imagination.

Pandemic Response: What a Difference a Century Makes

For the moment, basic humanity supersedes the socio-economic roles we play. Common people have halted the advance of COVID-19, even though leaders claim credit for reducing the death toll. How did common people succeed in seizing the moment and limiting the pandemic? A look at history shows the changes of the past century that made this success possible.

The year 1918 was far more disastrous than 2020. A virus much like COVID-19 spread in 1918, killing roughly 50 million people worldwide. People fought the pandemic with their will to live, with available knowledge, and through cooperation. But they were overcome by the limits of knowledge and especially by their division into separate, isolated groups. The virus triumphed, with deaths of 2,500 per 100,000 people. Even in the relatively healthy United States, there were more than 500 deaths per 100,000 people. (Citation 1)

What a difference a century can make! As of June 2020, the current pandemic—terrible as it is—had caused no more than 15 deaths per 100,000 people worldwide. The U.S. mortality rate at this time was less than one tenth of what it was in 1918–19. The impulse to preserve human life has become more powerful over time. (Citation 2)

Today’s lower mortality depends on more than medical technology. Social changes and stronger communities are also reducing the death toll. Between 1918 and 2019, bitter struggles led to complex transformations in society. The slaughter of two World Wars, economic collapse, and Cold War threats of nuclear destruction resulted in the dismantling of empires and weakening of racial hierarchy. A new system of some 200 nations arose, most with constitutions setting the goal of democracy.

Schooling and literacy advanced among people everywhere, and specialists gained expertise in medicine, public health, and other areas. Mobile phones now keep most humans in touch with family, news updates, and shared culture. And although wars and hatred have not left us, humans today have much greater contact and common identity than they did a century ago. Notions of equality, social welfare, and preservation of life have spread widely during the past century. (Citation 3)

During the same century, societies became highly efficient yet overly hierarchical. In the United States and elsewhere, society and the economy divided into four main sectors, beginning with the households of common people, and followed by the expansion of private businesses, governments, and foundations such as hospitals and think tanks. All three types of institutions came to be ruled by CEOs, for whom democracy has little meaning. But it was households that provided the employees for private businesses; relied on government services; and kept foundations running through volunteer service and financial contributions.

The CEOs forgot about the pandemic of 1918. They also forgot about their need to serve the public. They ruled for themselves and for close allies, assuming that the divisions among common people gave them freedom to dominate. Household members had complaints about the system’s inefficiencies in meeting social needs. Employees had complaints about inefficiencies and dangers at work. Even small institutions—small businesses, local governments, and charities—had complaints about the behavior of CEOs. But as long as common people remained fragmented, there was no firm basis for pressing leaders to act as they should. Such societies were democracies in the sense that many had rights to vote, but not in the sense that there was sharing in social processes or decisions.

The events of 2020 changed all that. In fighting the pandemic, the focus has been on preserving life. Humans worldwide have saved millions of lives and have shared in doing so. Employees in health care and many other fields did the work of saving lives. But household members also saved lives by social distancing and wearing masks. The results show the high value given to life today, with results from 10 to 100 times better than in 1918.

In following the impulse to save lives, communities decided to set aside the economy for a time, assuming that they would reconstitute it through sharing. Those who preferred to prioritize the economy over saving lives had to give way to the majority. Common people took on the task and succeeded: the casualties have been high but could have been far higher. While there is much to do in overcoming the pandemic, surviving COVID-19 thus far has been due to a remarkable sort of global democracy, engendering widespread debate that resulted in concerted and effective action.

With COVID-19 vaccines now being manufactured and distributed in many countries, we need to make plans for reviving the economy. But leaders are already returning to the status quo. For example, when the U.S. Congress created loans intended to protect small businesses and their workers, banks and government officials gave all the money to the biggest applicants. Congress adopted parallel legislation for direct payments to households, but only some of that money has been distributed. (Citation 4) For the moment, low-paid and unemployed workers receive almost no support for their work on behalf of all. Still, they are protecting lives.

On May 25, 2020, the senseless killing of George Floyd linked the issues of life and economy. People on every continent spoke up to claim that his loss was one too many. It confirmed the unfairness of losses sustained by people of color and all those required to live and work in conditions of high mortality. In the midst of the pandemic, all were catapulted into the economic choices of the year ahead.

Don’t Leave Economic Recovery Up to the CEOs

“A rising tide lifts all boats,” say the CEOs, as they pocket their tax cuts and bailouts, relaxing in their imaginary separate boats. Workers attend to the leaks in the big boat, even as their drinking water may be contaminated by lead. Meanwhile, the CEOs call out for even more police, seeking to maintain stock prices by quelling protests of inequality.

In reality, we are all in one boat. We have proven our ability to protect lives, gaining a glimpse of a world in which life is truly valued. Now we can also see the prospect of a world in which the value that we produce can be shared equitably among all who live. The George Floyd demonstrations have been a statement of the terms on which the economy should be reopened—by sharing and reallocating resources to public health and social welfare, limiting the galloping inequality that plagues us all.

While turning attention from the pandemic to the economy will require difficult choices, the experience of 2020 provides two lessons for people of every nation. First, many leaders ignored science in facing COVID-19, while common people combined their knowledge of public health with a strong desire to live. Second, people can hope to rebuild the economy of 2021 as we have fought the virus of 2020—with great concern for life and with collective endeavor, relying on the knowledge in the minds of all.

Common people, having demonstrated their competence, their unity, and their support for life, do not need to relinquish economic decisions to the CEOs. Within our single boat, we prepare to make difficult decisions and ask important questions. Can we ensure that our corporate and national leaders are responsible to the citizenry and not just to themselves? Will it be possible to maintain the ties among people that shined so brightly in the worst days of the pandemic?